When you hear somebody criticizing,  remember, it's  just a couple of noisy frogs. Also problems always seem bigger in the dark. Have you ever laid in your bed at night worrying about things which seem almost overwhelming like a million frogs croaking? Chances are pretty good that when the morning comes, and you take a closer look, you'll wonder what all the fuss was about!

Popular posts from this blog 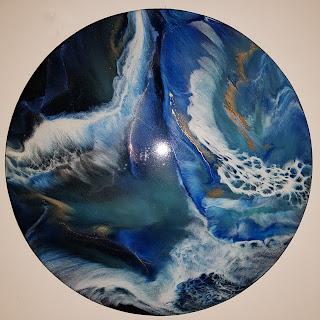 This LACING is done on MDF board using Resin with acrylic colors.  I love the amazing lacing effect. 24" x 24" Round.
Read more

- October 27, 2018
Long time back I used to do Fabric paintings on sarees. After working in oils and porcelain, i stoped painting on sarees and some how again I got into fabric paintings and Shibori and what not!
Read more 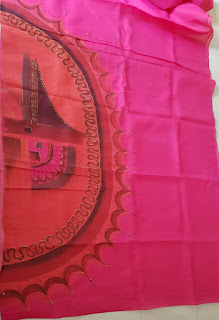 ush
Painting is my passion. I pain t portraits, abstracts and resin. Resin is my new obsession! Loving and enjoying working with Resin. I get inspired from the nature and try to push the abstract art little forward - creating original pieces of abstracts that are dramatic both in texture and color. Each painting is unique and stand alone to be a show stopper. Because of the medium I use - the form of flow is so unique that it is quite impossible that any two pieces end up the same. The fluid nature of resin allows to create enormous details, lacing, glass-like finish. Unpredictability is the beauty with this medium. That is why this art is ONE OF A KIND, EXCLUSIVE and AFFORDABLE!